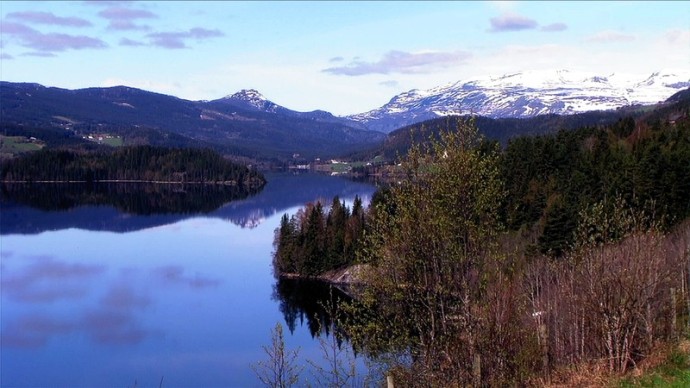 No one knows how much of his sermon the priest had given when the shot that killed the reindeer went off. Nor does anyone know who shot the animal, nor why, of all times, it happened during a church service. History has been silent about most of this story, but we do know that a stuffed reindeer was on display in the Borgund stave church in 1688. This reindeer had been shot while a church service was in progress. It is up to our own imagination: could the poor animal have strayed in through an open door and disturbed the priest and his congregation? Could the reindeer have distracted a person in the church who had seen it throuch a window (post-Reformation churches had windows) and without giving a thought to the priest or the Divine Word had this church-goer simply rushed our before the animal could escape? Another dilemma is why had the reindeer been stuffed and displayed in the church? Wel, 200 years have passed, and whatever the deer represented, hunting trophy or sacred symbol, it was removed from the church a long time ago.
The Borgund stave church stands like a crown jewel in the narrow valley at the head of the Sognefjord, surrounded bij lush vegetation and craggy mountains. The Danis poet Holger Drachmann described the church in 1886:
"….a whim of childlike brilliance, a house for beetles, whittled from a naive giant’s playful knife, with modest crosses and largenosed dragons, wrinkled and gnarled, twig upon twig.  The interior is like a smokehouse dedicated to a mystic cult in which the darkness of the sagas overwhelms the faintly smouldering tapes of Catholicism, which cast their light on farmers’ iron-clad axes and the flowing beard of Viking Kings – in all honesty, a disagreeable experience."
The Borgund stave church, which is dedicated to St.Andrew, is mentioned for the first time in Bjorynjar Kalfskinn, a register of churches in de Bergen diocese from about 1360, although it is likely that it was built in the last decades of the 12th century. Borgund is the best preserved of the 29 stave churches, and has served as a model for many church restorations such as the Gol and Hopperstad churches and the Fantoft stave in Bergen. which has since burned down.The Borgund stave church could have also become the victim of flames in 1782, when a mentally disturbed woman set fire to it. As luck would have it, a local person was passing by the church just then, and managed to call for help.

The church has three naves, a chancel and an apse. A Romanesque gallery with carved portals facing west and south, surrounds the entire structure. The west portal is especially richly decorated in the contemporary carving style; battling dragon-like animals entined in rhytmic vine motifs.
The quantity of roofs, gables spires and dragon heads, reminiscent of the Baroque style, are in strong contrast to the simplicity of the interior. The interior is dominated by posts which support the high main roof and separate the room into a rectangular central section and the narrow and lower-ceilinged area along the outer walls. The church interior is modestly ornamented and practically in total darkness.
A leaflet prepared by the Society for the Preservation of Norwegian Ancient monuments in 1898 gives  the following excellent description:
"If the doors are closed, we  are surprised to find ourselves in almost total darkness, a darkness which is magnified by small strips of light that occasionally force their way from the original window in the west gable of from the small peep-holes along the top of the longitudinal walls. Experiencing this, one must recall that the religious service concisted of a short srvice at the altar by candlelight. There was actually no need to illuminate the congregation’s area since psalm books were not in use then."
The altar, graced with sacred vessels of gilded silver or copper glowing from the light of candelabras and wrought-iron torches, must have been a powerful and dramatic contract to the dark chuch. The priest and his sermon must have commanded the full attention of the congregation, which stood during the service – a bench or raised floor section along the wall was meant for the elderly or the infirm.
Today there is nothing left of the original inventory – the altarpiece and pulpit date from after the Reformation. But there are many runic inscriptions on the inner and outer walls which linguists can place in the 1100s. One of these, "God help each person who helps my journey", may refer to a desire to set out on a pilgrimage, perhaps northward to the reliquary of St.Olav in the Nidaros Cathedral in Trondheim? The ancient roadway, cut into the hillside by the graveyard, is thought to be the one used in the Middle Aged, the one taken by King Sverre and his men when they were travelling through the valley. 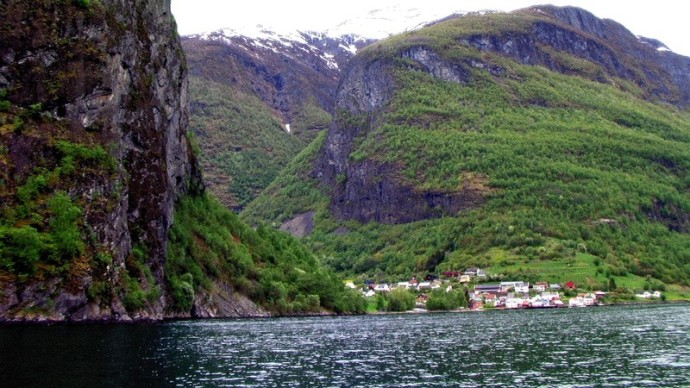 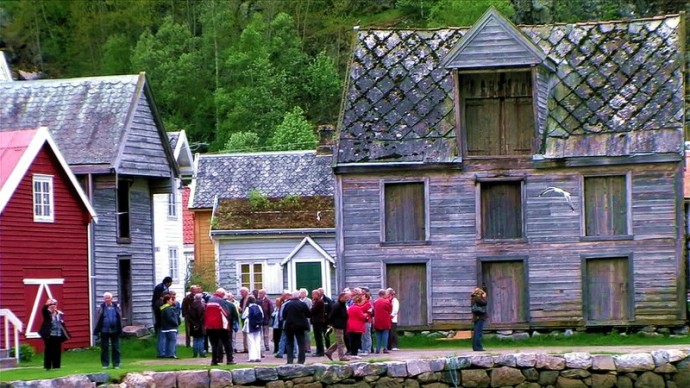 Geplaatst op juni 16, 2009 door rosierwait
The Runic alphabets are a set of related alphabets using letters (known as runes) formerly used to write Germanic languages before and shortly after the Christianization of Scandinavia and the British Isles. The Scandinavian variants are also known as Futhark or fupark, derived from their six letters: F,U,P,A.R, and K) the Anglo-Saxon variant as Futhorc (due to sound changes undergone in Old English by the same six letters).
What Makes the Einang Stone so special?
Dating back to around 300AD, the Einang Stone is the oldest runic stone in north-western Europe still standing on its original site.
Runes came into use 2000 years ago. The youngest runes remained in use until around 1400 AD. The runes on the Einang Stone are from the
oldest runic alphabet. 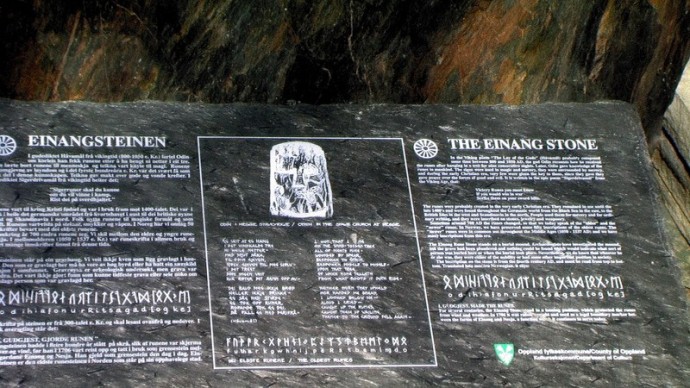 The inscription written from the right to the left reads:
Ek godagastir runo faihido
I Godguest wrote the runes

It is 1700 years since Godguest carved these runes on the Einang Stone?
Where had he learned to write? Perhaps on a journey or a raid to southern Europe. The Roman sword stamped with the smith’s mark and name ended up on the Gardberg site at the same time. Perhaps in this way the written word arrived in our part of the world. A people wealthy both culturally and materially lived here. What became their fate? Six hundred years later around 950 AD Harold Fairhair’s youngest son Haakon the Good introduced another means of communication in Norway. Beacons were set aflame to warn of war. The best known 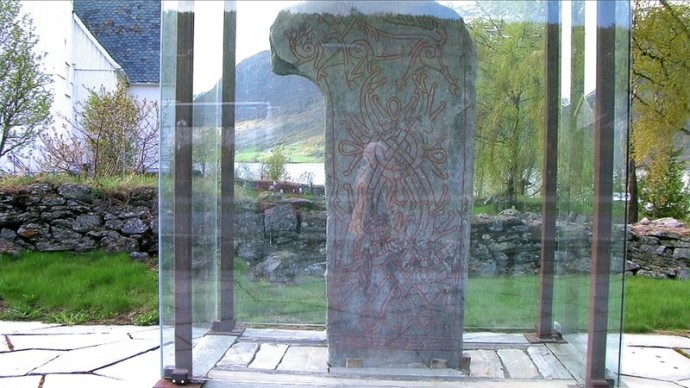 beacon in Valdres Olberg, is strategically placed and visible on the side of lake Slidrefjorden opposite the Gardberg site.
What is Gardberg site? People have been farming and raising livestock here for 4.500 years. Covering more than 2 square kilometres, the Gardberg site in Vestre Slidre in Valdres is of great archeological variety. It may well contain a thousand burial mounds. However, only 550 have been investigated. The more than 900 finds date vack to e period stretching from the Roman Iron Age up towards the Viking Age (ca 800 AD). The area bears traces of the considerable iron production that took place in Valdres before, during and after the Viking Era.  In one part of the site there is also a stone, which may have been used for sacifices, containing 70 saucer-like hollows, believed to date back to the Bronze Age. Close to the stone are the sites of houses from the 17th century.
The Einang Stone is in an enormous burial ground together with many other remains of field cultivation and livestock raising ranging from the Stone Age, the Bronze Age, the Roman Iron Age, the Viking Era right up to the present day
The runes were used both for magical purposes and for writing – Who was this knowledgeable Godguest? Did he and his contemporaries trade with the Romans? Was he in charge of local iron production? Valdres iron was renowned for its high quality and was exported from the region and even sent abroad. Or did he with other Germanic tribes fight against the Roman Empire? 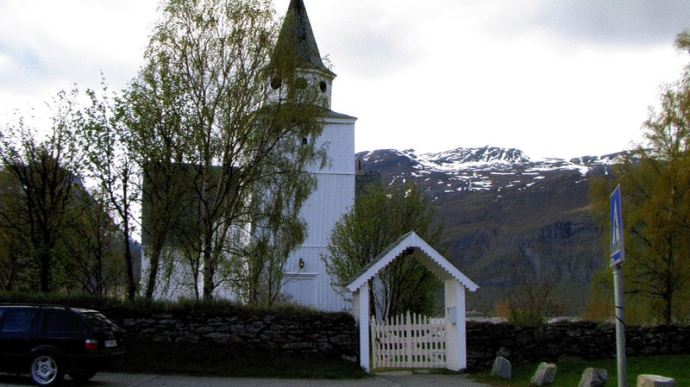 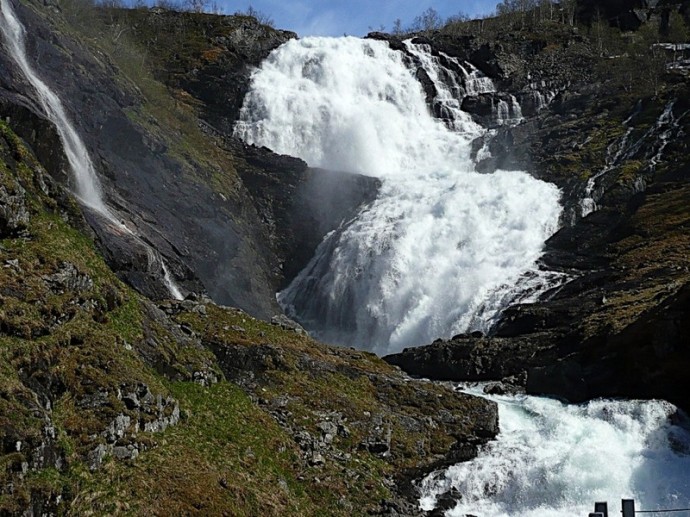 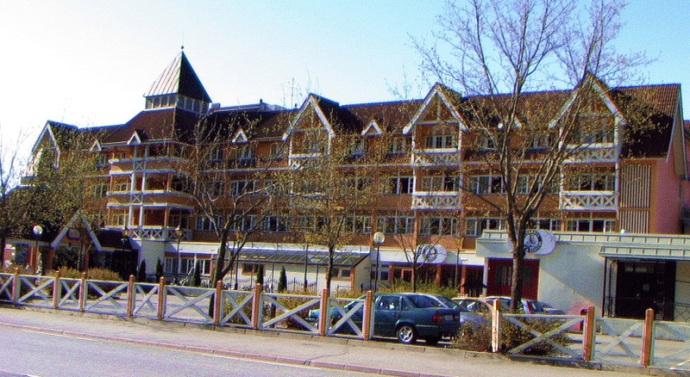 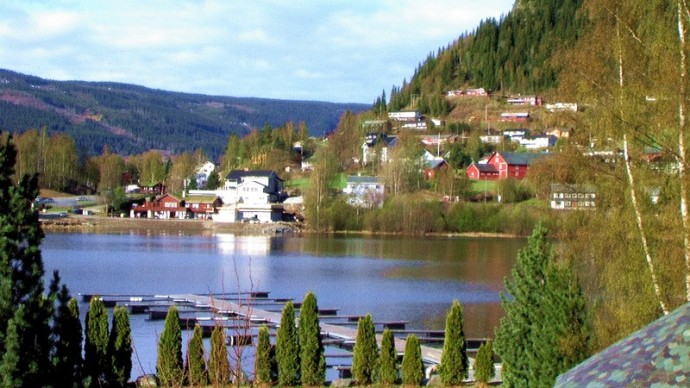 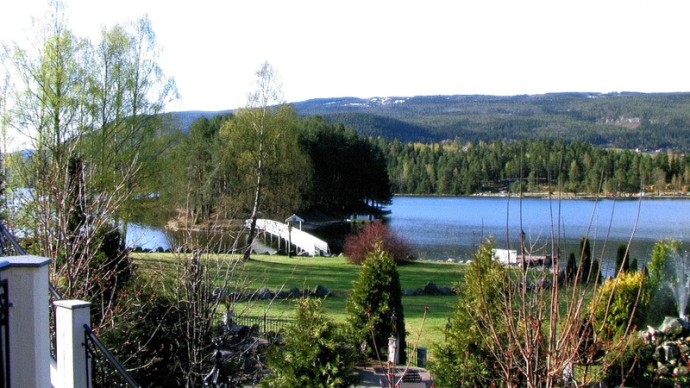 Geplaatst op april 4, 2009 door rosierwait
The Northern Lights are one of nature’s most spectacular visual phenomena, and in this time lapse video they provide a breathtaking display of light, shape, and color over the course of a single night in Norway.